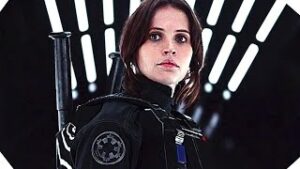 1) Disagreeing with you doesn’t mean that I hate you, am a bigot, am intolerant, or anything like that.  It just means I see things differently than you do.  You can have your opinion, I can have mine.  One isn’t necessarily right and the other wrong.  Be as convicted in your belief as you want.  I can have firm convictions in my beliefs too.  If you want to change my mind, talk to me rationally and make a convincing argument in favor of your viewpoint.  Leave the decision up to me.  I’ll do the same to you.  Seriously, being condescending and resorting to name calling is the sign of a weak argument/stance.  Debate with logic and facts.

2) While many people are firmly in one political camp or the other, there’s plenty of us that haven’t made up our minds.  Personally, I recommend to those folks to look at the Libertarian party.  While not considered a major political party, their polling is up from around 1% back in 2012 to 11% now.  Most won’t think this is a major thing, but if our two “mainstream” parties keep acting the fool, the Libertarian’s could become a major force soon.

3) The new Rogue One: A Star Wars Story trailer dropped recently.  Looks great, and I’m giddy and eager for December to get here.  Sadly, there’s a lot of complaining about there being “another” female lead.  And more grumbling among fans about the fact that the character is a girl named Jyn, instead of non-canonical EU Legends fan-fav (and one of my personal favs) character Kyle Katarn.  To this I simply say; get over it, fanboys.  Disney owns Star Wars licenses now, and they can tell the story they want.  Give it a chance.  You already knew the EU wasn’t going to be canon, and you knew Disney said they wouldn’t be making any of it canon.  So get over yourselves.  Enjoy what’s coming.

5) Adoption update: we’re still waiting.  We’re anticipating, but trying to be patient and trust God and His timing.

6) Received some surprising bad news about some friends recently.  No details, but just asking for prayers for them in the months ahead.  Specifically in the area of marital healing.

That is all for now.