Live action super-heroes are of course, all the rage these days. From some spectacular big screen films and major flops (we’re looking at you, Suicide Squad), down to network broadcast and subscription originals (Netflix and Hulu are my friends), superheroes have been invading our entertainment for years. But none of the broadcast stations are capitalizing on the superhero genre like The CW. Their latest entry: Black Lightning. 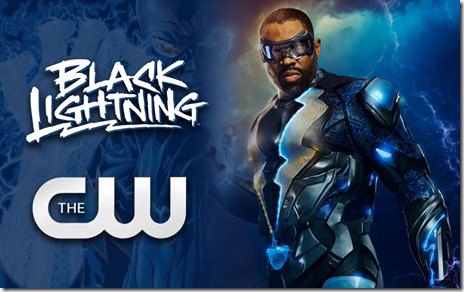 As with most of the superhero shows floating around right now, I have either very little or no personal reference to the source material. BL is no exception to this rule. My take on this show is from a stand alone point with no influence from the comic books at all.

I admit that I was hoping this would be one of those gripping shows that would be either super fun or super exciting and fill me with anticipation on what the next episode would bring. However, this one just falls flat with me.

So far there isn’t a single familiar face within the cast, save one. James Remar, who plays Pete Gambi is the only face I know. He’s most recognizable as Frank Gordon from Fox’s “Gotham”, Cephalo from “Shannara Chronicles”, and Jonah Prowse from the old show “Jericho”. He’s done a ton of voice work, mostly with the Batman series of flicks as well. 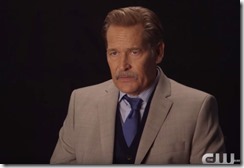 And although he’s one of my favorite character actors, he’s not enough to really prop up the cast. I’m giving the show and the cast the benefit of the doubt right now since it’s the freshman year of the show. Much like any freshman series it’s got it troubles and is trying to find it’s footing.

The series follows principal Jefferson Peirce, a retired superhero (BL) who gets drawn back out into the open after a violent gang called The 100 decide to kidnap his daughters. The gang, led by a gangster with possibly the most laughable street name ever, LaLa is supposed to be all scary and menacing. I’m guessing it’s that universe’s version of MS-13? But LaLa is just a lacky for an even bigger boss, Tobias.

And this is where I get some major disappointment from the show. Again, w/o knowing ANYTHING about the source material, Tobias is just not that scary. I don’t know if the casting of the actor, or if it’s the actual character himself, but Tobias just doesn’t seem threatening. Okay, so he (small spoilers here) shoots LaLa in the shoulder with a crossbow (I think that’s what it was), and eventually just strangles LaLa while he’s tied up in a police station, but he just isn’t coming across as mean.

I am not sure what the writers were going for, but if he’s supposed to come across as Wilson Fisk, he’s no Vincent D’Onofrio. And spoiler, he’s not even the top of the food chain.

Cress Williams, who plays Jefferson Peirce/Black Lightning is doing a good job, but I’m still having a hard time connecting with the character emotionally.  Which is BL’s biggest downfall. Like I said before, I’ll chock it up to this being the show’s freshman season, but if they don’t make the characters more engaging, I think this is one show that may drop off my watch list and I won’t be too upset about it.

If I had to rank this one, I’d have to place it just above my least favorite (current) superhero show  Iron Fist. Do I recommend watching it? Only if you have nothing better to watch or are a die hard fan of Black Lightning.