Yeah, I new I wouldn’t get my wish.

Came home for lunch and turned on the tv (mistake #1).  Truthfully, it’s generally for background noise while I’m home.  It was tuned to a news channel which was broadcasting a live speech from one of our presidential candidates.  I left it on that channel (mistake #2) while I fixed and ate lunch.

For the ten minutes of the speech that I listened to, it was nothing more than a bash my opponent speech.  Honestly, the entire speech was about how bad their opponent was, is, and will be for Americans and the country.

I will say, I may have missed a large portion of this candidate’s speech, but I doubt it.

My wish for this election season was to hear the candidates talking about how their own policies and plans will help benefit the American people and the country as a whole.  And sadly, one of the first speeches I hear contains none of that.

Now, in defense of this candidate (not that I’m endorsing him or her), the news coverage team I think mentioned that they would be revealing their plans in a speech tomorrow.  Too bad, candidate, because I may not be in a position for you to convince me tomorrow.  Make the most of every opportunity to promote yourself, your party, and your plan.  Don’t use it to just say terrible things of your opponent. 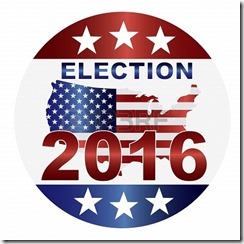