It’s a little hard for me to say this without cringing, but I really hope Bernie Sanders wins all of California’s (and the remaining states) delegates tomorrow.

Mind you, I’m an independent (with libertarian leanings) and a Constitutional conservative mentality.  Meaning a LOT of what Bern-me stands for and wants (99.999% of it) I disagree with.

But I see him as a better option on that side of the aisle than his opponent.  And if he can win all of the Cali delegates, it’ll prevent that other fearful choice from clinching the nomination.  At least Bernie hasn’t intentionally mislead and lied to the American public.

To borrow a few words from “her”, “At this point what does she matter?” 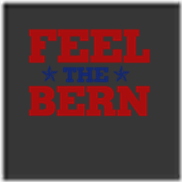