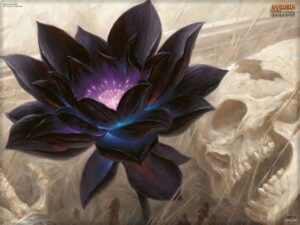 When did we decide that our feelings are paramount to all other considerations?  When did it become okay to think we have a right to NOT be offended?  When did we start thinking that someone else’s Constitutional rights can be suppressed simply because they don’t agree with our way of thinking?

Yes, I’m referring to the recent events at Mizzou and Yale universities.  If you didn’t hear (and I’m not sure how you couldn’t have), students protested against perceived racism and offensive speech.  At one, it was because a faculty member said “offensive” Halloween costumes should be allowed (a form of free speech, even if you disagree with it), and at the other, because the administration had failed to address institutionalize racism.

Can someone please point me to a legal document that guides this country that gives the citizens the right to not be offended?  I hate to say it to the upcoming generation, but you’re going to get offended.  There are things out there that you’ll find disgusting, offensive, and hateful.  But guess what?  this isn’t utopia.  Not everyone will think like you.

Yes, someone may say they support traditional marriage.  That doesn’t mean they are discriminating against you.  It mean they think differently.  Yes, someone will support Bernie Sanders or Hillary Clinton.  That doesn’t mean they think differently than you if you support Donald Trump or Ben Carson.  Yes, someone may have a strong faith in God.  That doesn’t mean they try to discriminate against those who are professed atheists.  I’m a Christian (if you didn’t know that already).  And yes, I don’t necessarily agree with the atheist’s billboards that I see at Christmas time.  but I’m not going to try and stop them from putting them up.  That’s their right (free speech).  It’s an opposing view of a message that’s prevalent everywhere this time of year.  Given that it’s the only time of the year the Christmas message usually appears, I wish they’d consider broadcasting their message anytime during the rest of the year, and just let us Christians have our time.  but I’ll defend their right to put up their message.

Here’s a tip to the delicate flowers.  If you find something offensive, either move on, or work constructively to try and alter the opposing viewpoint.  Shutting down dialogue isn’t constructive.  Trying to shut down freedom of the press to report issues isn’t constructive (yeah, I’m talking about you Melissa Click).

In case you don’t catch that, she’s the Communications Professor (a courtesy position) that has now famously called for muscle to remove a student reporter from the Mizzou quad (a public space on a public campus) trying to cover the (public!) protest. That’s the same reporter that was erroneously told by an attendee that he didn’t have the right to take their pictures.  Seems like someone needs to go back to basic civics classes and understand what “public” means.

Here’s what’s sad.  Click said she regretted her strategy in dealing with the situation.  Not that she was sorry for trying to trample the reporter’s First Amendment right to be there and do his job, but that her strategy was wrong.  She’s resigned her position.

So called “safe spaces” are just spots that people can run to and claim someone else’s rights don’t exist. If you can’t handle the impact of some words, how do you expect to survive away from your “safe environment” campuses?