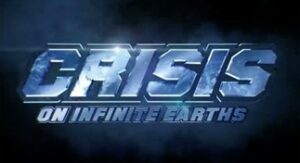 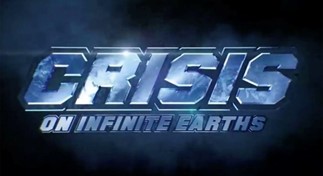 So, I finished watching Batwoman: Crisis on Infinite Earths Part 2,CWs annual Arrow-verse crossover event. I must admit that I’ve been stoked about what is going to happen with this crossover. They’ve done a pretty good job building it up. However, so far parts one and two have been…underwhelming.

Specifically, I’m having some issues with the Batwoman installment of this crossover. Overall, the writing for the Crisis episodes hasn’t been very strong, imho. But this episode was just super weak.

Full disclosure, I gave up watching both Supergirl (which aired Crisis part 1) last season, tried to get back to it, and dropped it again a few episodes into this season. I dropped Batwoman about 3 or 4 episodes into it’s freshman season as I just didn’t feel drawn into either the characters nor the storyline. This weeks episode just furthers the strength of that decision.

There was one great scene in it that I loved a bunch and appreciate the writers for doing this. Lex Luthor (portrayed by John Cryer, more on that in a moment) gets the Book of Destiny and goes on a multi-universe killing spree. One of the Earth’s he arrives on is Earth-167, in the town of Smallville. Yup, they went there. Spoiler: They even got Tom Welling to reprise his role as Clark Kent. In case you are new to the DC tv-verse, Smallville was the story of teenage Clark Kent with powers before he became Superman. Good series overall, some cheese, some poor stuff, some good stuff. But it set the stage for the resultant Arrow-verse. It was quite fitting to see Tom Welling as Clark one last(?) time.

Unfortunately, my enjoyment of the episode pretty much so ends with that scene. Everything else was horrific. I’m going to presume that Supergirl introduced John Cryer as Lex in the season that I did not watch. While he’s an outstanding actor, he’s just not Lex. Sorry, but Michal Rosenbaum played the role so much better. I really wish they’d given him the script when they approached him about reprising his role for the crossover. But the worst offense that the writers did was to Batman fans the multiverse over.

It was widely teased that Kevin Conroy, the titular voice of Bruce Wayne/Batman from Batman: The Animated Series would be making his live action debut in the role. Many fans, myself included, couldn’t wait. While he may not resemble the character model from the series, his voice is the only voice of Bruce/Bats to many of us. Much like Mark Hamill will always be the voice of the Joker, no matter who is portraying him.

I’m not knocking or downplaying Kevin’s acting ability. He did a fine job and I enjoyed seeing him on screen. My argument is what the writers gave him as a storyline. For Kevin/Batman fans, we were hoping to see something heroic, legendary, even something resembling possibly a version of Bruce/Bats from Batman Beyond. What we got was…not.

What we got instead was an exo-suit wearing, crippled, bitter old man barely worthy of the name or the suit. His explanation of why Batman had a reign of terror, imho, lacked enough background, his hatred of Superman just didn’t feel justified, and his logic felt weak. And to cap off all that terribleness, Spoiler, his death was both ignominious and laughable. Over way too quickly and completely and utterly unjustified.

Of course, the reasoning for that character arc was to set up Kate Kane (played by Ruby Rose) as the Bat of the Future, the one known as the Paragon of Courage, which was one of seven people who could help save the universe. I get it, it’s her show, but they REALLY could have done better fan justice and written this much more gracious to Kevin and his fans as a passing of the torch episode.

As I write this, I’m hoping to watch Crisis part 3 on The Flash sometime today. And I’m very much so hoping it’ll be way better than parts one and two. Unfortunately, I’m not holding my breath.