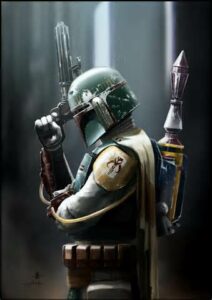 For me, it’s always a good day when your first two support calls are successes. I love coming to work some days and being able to quickly and effectively answer client support requests. Of course, getting things done in 15 minutes when you’ve budgeted for an hour to solve the problem tends to leave a lot of blank time that needs to be filled. Then there are the days that are kind of the opposite. Not that I am not effective, but that I don’t have client work to do. Then it is a matter of just sitting here, reading a training manual, taking practice tests, and almost wishing the phone would ring.

Everyone, drop what you are doing! Tune into non-stop coverage of the Pope in the US!! Okay, I’m not trying to be rude or condescending. Really I’m not. I’m not Catholic, and I’m not wanting to insult my Catholic friends. But really, do we need to see every movement he makes? Do we really need to hear that he’s flying American airlines instead of Alitalia? Do we care that he had 2 pieces of toast and a yogurt parfait for breakfast? Okay, we don’t know that for sure, but you get my drift. When all is said and done, he’s just a man. Yes, I realize it’s a historic and significant visit. but do we really need the full time coverage and repeated analysis?

There was an apparent Doomsday prediction for Sept 23rd. As I’m writing this on Sept 25th, let’s safely deduce that someone got it wrong. Again. Look, yes, the Bible tells us for things to watch for to herald the end times, but there’s no secret code, no hidden date, no obscure references to a timetable. It flat out says no one knows the Father’s timing, not even the Son. So quit trying to predict the future. You just end up looking stupid.

Antonio Bandaras is trying to ressurect the fashion style for men of…wait for it…capes. As someone on NPR’s “Wait, Wait, Don’t Tell Me” asked, “what man wears a cape?” Hello, Lando Calrissian? It could possibly go over, but I won’t hold my breath.

Have you ever listened to a piece of music from either a movie or video game and even though you’ve played the game or seen the movie a bazillion times, you want to go back and do it again?  How about hearing the music and knowing almost nothing about the game, but the music is so awesome, you just want to see the game and get drawn in? Yeah, ok, probably not.  But I’ve been hearing two pieces of music lately like that.  The first is this, from Pacific Rim (hear it at YouTube).  I’ve seen the mecha vs monsters movie several times (thanks, FX) and it’s a fun film.  No exceptional, but fun.  And weirdly, when I hear this theme, I want to go and sit and watch it again.  Conversely, I have never played Deus Ex: Human Revolution.  But if you click that link, it’s one of the main themes in the game.  First time I heard it on my video game soundtrack channel on Microsoft Music (yes, that’s seriously a channel for me), I was hooked.  Michael McCann is an amazing composer, and his other stuff is just as good as this piece.

Hillary Clinton is at it again.  Now it seems she first said she had nothing to do with her aide Huma Abedin getting her special privilege.  Here’s a quote from a news organization that explains it better: “Documents released by a conservative watchdog group Thursday show Hillary Clinton personally signed official forms in 2012 that allowed her top aide to attain status as a special government employee (SGE), despite the Democratic presidential frontrunner’s denial of any involvement in the situation during a recent interview.”  So, she lied about her involvement, lied about the email server being wiped, and now we find that both statements are completely false.  Again, I ask, is there any logical explanation as to why this woman would be qualified to be our President?  Oh wait, I just accused a politician of lying to us.  Guess that’s exactly what qualifies her.  I just don’t want her to be our president.

That’s it for my current random thoughts.